Foreword: This brings up the big 75 for this blog. The three-quarter century is a key landmark in virtually any domain. I started this quest in 2013 and one thing is for sure, I wouldn’t have made it this far without the indominatable Mrs Del Monte. Rain or shine, pregnant or not pregnant, nursing or not nursing, inexplicably furious or explicably furious at me, Mrs Del Monte is due a huge portion of the credit of the runaway success of this blog. Let’s say 8%. Don’t be jealous. And don’t blame yourself for failing to have a commensurate achievement in your own life. Blame your parents. Blame your feckless, dim-witted, feeble-minded, inbred, ambition-free, tedious parents.

Erebuni (https://www.erebuni.co.uk) is advertised as an Armenian/Russian restaurant. I asked the waitress if this meant Armenian (and Russian) or Russian (and Armenian) but she gave nothing away. Which makes me think Armenian. Those guys are tight-lipped. I assume. The menu is all over the shop; boasting Armenian, Russian, Georgian, Moldovan and Ukranian items, I determined that this place would be designated Armenian. Bold stuff you’ll agree.

My boldness pales in comparison to that of the staff who took their time leisurely eating their supper, with wine, for 45 minutes while we waited for our food to arrive. I was unaware of Armenian chutzpah, but I have to say I’m impressed. It was also infuriating as we were on the clock: we had tickets to go see Eric Whitacre (the Eric Whitacre!) conduct the BBC Singers perform some contemporary choral pieces including a personal favourite, Anders Hillborg’s (the Anders Hillborg!) Mouyayoum. Do yourself a favour and check it out: https://www.youtube.com/watch?v=CFN0bcOL1QE. And don’t listen to those who slander me with accusations that I’m an out-of-touch elite.

Still, after the staff had finished reading War and Peace and Mrs Del Monte had long since finished her tall, cool Baltica, they deigned to deliver our meals and that’s when our frustration was neutralised. I opted for the Ker U Sus, which was like a mild veal curry served with fried potatoes. Mrs Del Monte had baby spatchcocked chicken which was sumptuously flavoured in a Persian style and succulent. Chapeau Erebuni!

£50 for two people and I’d probably go back if I had a lot of time on my hands. 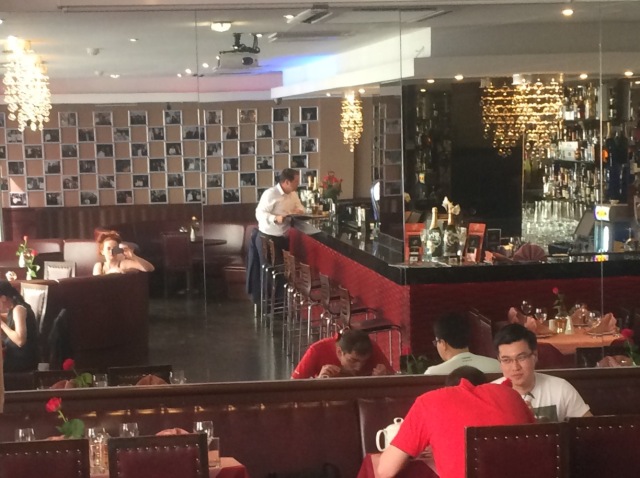 The curse of Del Monte kind of struck again, but we were there at 18.15 so it was never going to be super busy. The guy in the middle bought and sold 16 prostitutes in the time it took for our meals to arrive. Thirsty work!

Those chairs are definitely going to hook up. Who could blame them? The recent Armenian entries for Eurovision were playing on hard rotation and seducing everyone in the joint. 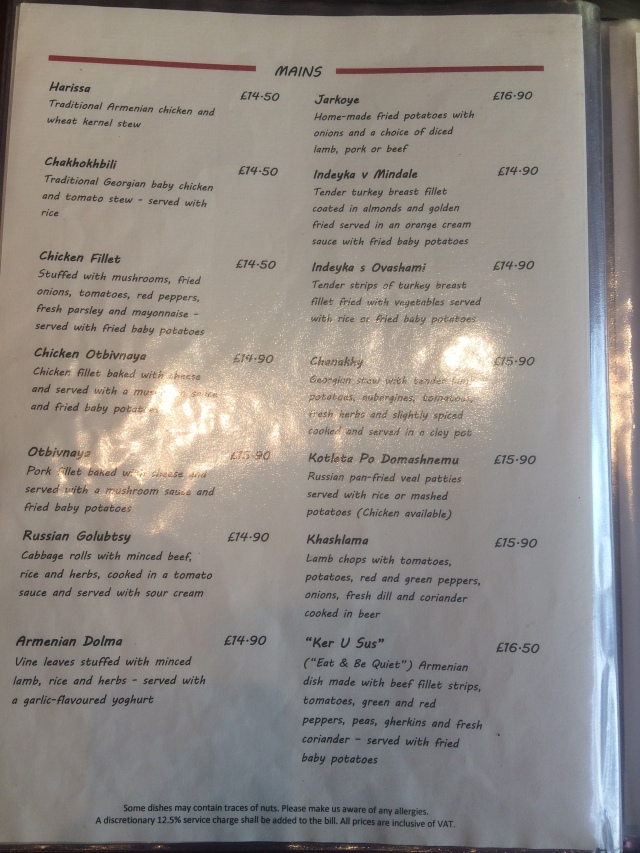 The rabbit and quail are intriguing!

I like the glass. Still, own-goal not having Armenian beer.

Translated as “Eat & be Quiet”, I spent a good portion of the time screaming at this Ker U Sus to shut the Hell up.

Apparently it was the spatchcocking of the chicken that took the time. I used to play Spatchcock for my school Lacrosse First X. As Spatchcock, you actually don’t get to leave the locker room, but it is physically punishing and does not combine well with an aversion to body fluids. 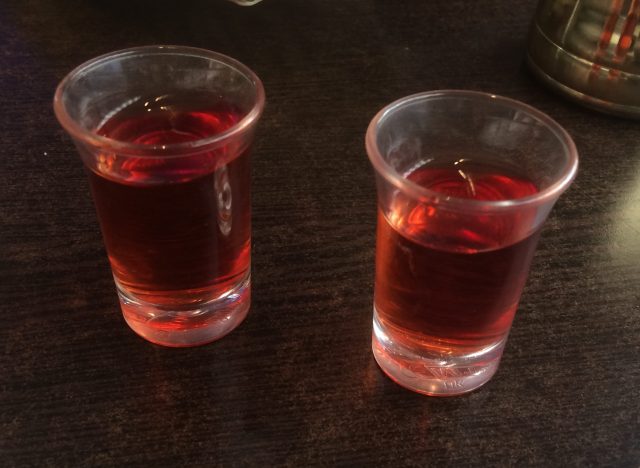 A much needed disgestif after some concerted wolfing. Fun fact: Concerted Wolfing is a hanging offence in Armenia. 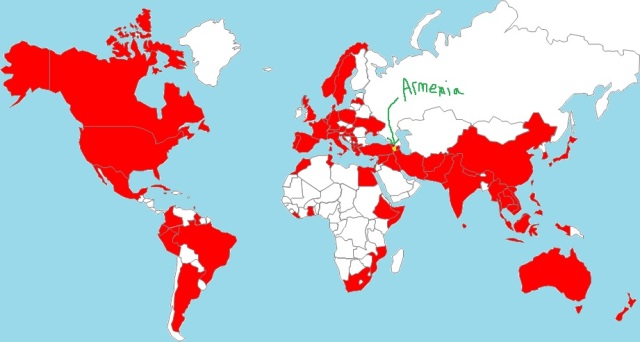