The year: sometime before 2010. The place: Brixton. The people: Mrs Del Monte before she was Mrs Del Monte, let’s call her Hopeful Lee McMeeting Charliesoon; and Zoe. Hopeful barges past Zoe on in the doorway of the Iceland near Brixton tube station, elbowing her in the jugular setting in motion the most elaborate sting since the sting in the film The Sting starring Robert Newman and Paul Redford.

Zoe schemes, plots and plans her revenge, masterfully orchestrating the unlikely reunion of the band Ride in order to entice one Charlie Del Monte to Brixton and into her so-called Ghana Kitchen (http://zoesghanakitchen.co.uk/). Wheels within wheels. Zoe knowing Charlie’s weakness for authentic foreign grub has shrewdly tempted him into her cafe situated in Brixton Pop (http://www.popbrixton.org/, think Boxpark in Shoreditch but in Brixton; apparently there is now a vogue for Londoners to socialise in a Fall Out shanties with disposable cutlery which I find baffling). Her research was meticulous; Zoe knew whilst enjoying a tall, cool Star beer Charlie would ask for the most authentic Ghanaian dish which also happened to be her revenge: Red Red Spiced Bean Stew and Plantain.

Bean stew in Del Monte’s tummy is basically death by fartgasm. Hopeful, now Mrs Del Monte would be the victim of on unholy attack of flatulence and Zoe would be avenged. The perfect plan executed flawlessly over 5 years. But Zoe didn’t count on one thing. Charlie befouling himself on the bus miles from the target. So the joke is on you Zoe. Mrs Del Monte continues to breath fresh, untainted air just as soon as I put my kecks in the wash. Checkmate. 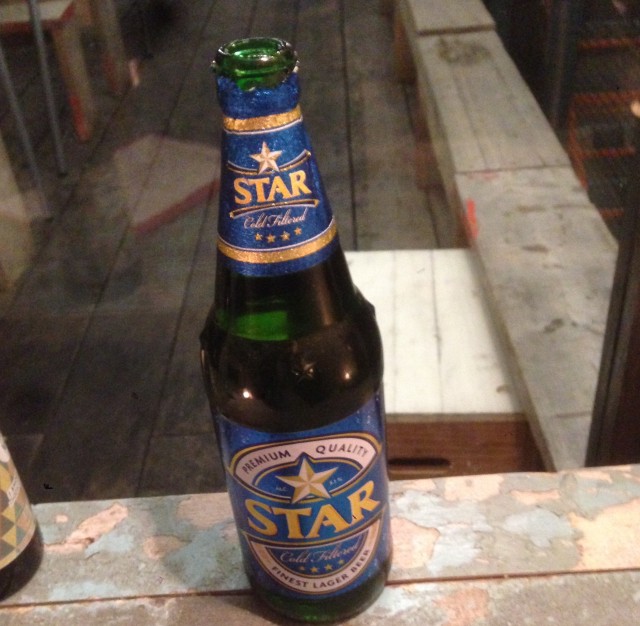 Okra Tempura Fries. Excellent, but it’s a shame to think that the tempura batter is used only on Okra. I would also like to try that batter on fish, shrimp, pork, cheese and sausages.

That’s a spicy bean stew. The plantain was cooked to perfection. How can plantain be so nice and banana be so vile? They’re basically the Fred and George Weasley of the fruit world. 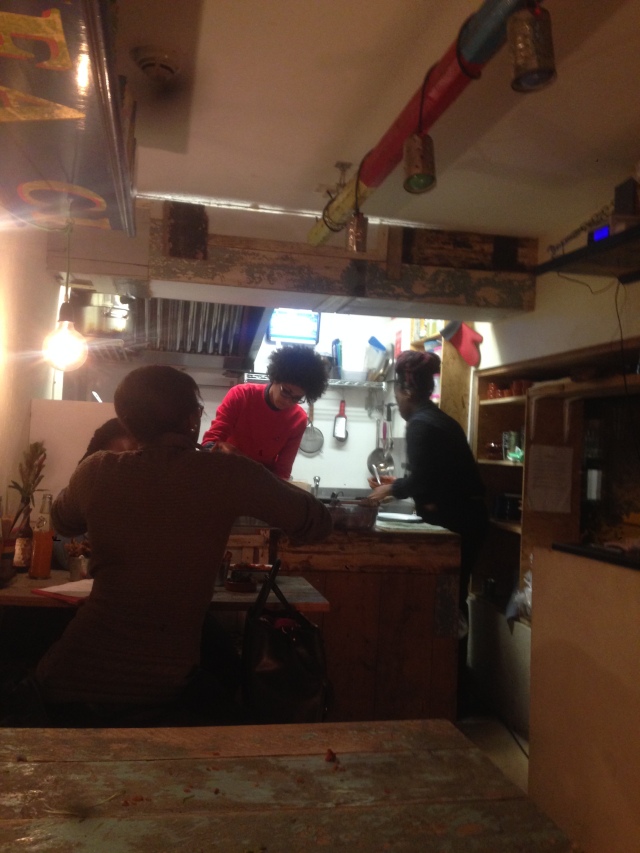 Bijou is not the word. Actually, it is the word. It’s super bijou in there. But you can sit outside when the weather’s nice. 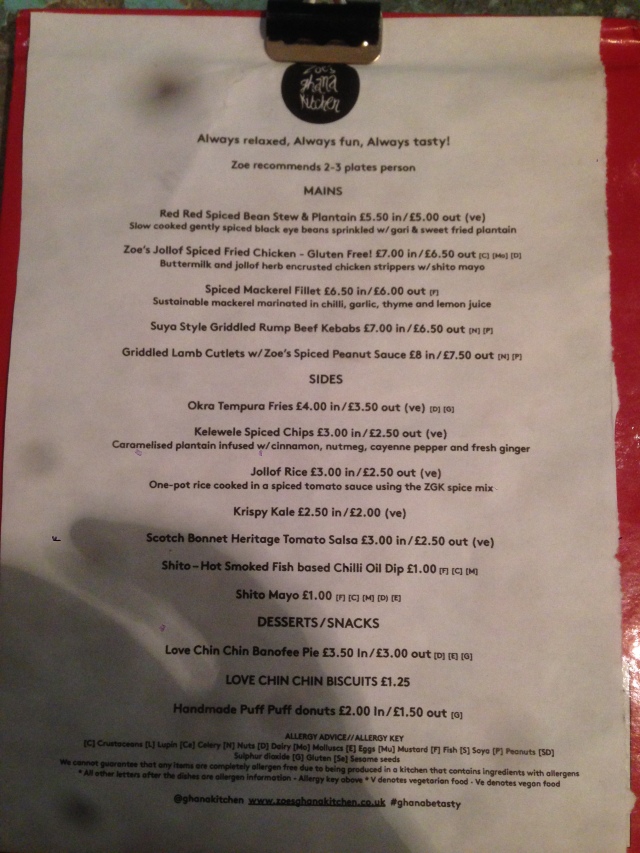 A good compact menu. Many restaurants could learn from this concision. I’m looking at you Pizza Express! How many toppings could someone possibly want?

Then I got to go and see Ride!