Though the pace of my blogging has slowed dramatically, the pace of my feeding is unabated. And so it was when myself, Mrs Del Monte and little Vengeance went to Spain for a break, taking in some of the Costa Brava and a lot of Barxcelona, a little city I discovered in north west Spain. I speak nearly perfect Spanish apart from a lot of the words, but me and the natives communicate very fluently once they’ve picked up I’m a native English speaker. But Barcelxona isn’t Spain, it’s Catalonia. Which is basically Spain, but with a lot more Xs dotted around the words. It’s a hallmark of their compulsive prurience that they don’t want to go reading more than five words consecutively without seeing an X to remind them of SEX. Horny critters.

The are plenty of places to each well in Barcelona though I didn’t see a Nando’s. Howexer, I focussed on a trip to La Montiel (http://www.grupmontiel.com/restaurantemontiel.html), a place I’ve been to a couple of times before, prior to my life as an internationally renowned blogger. Yes, there was a life before ROTWU. Read my upcoming memoir “They Did It My Way” for more. La Montiel does one thing and one thing only. A tasting menu which may or may not be acxcompanied by a selection of paired wines.

The food is unsurpassed, flavoursome morsels of unrepeatable delight served by achingly well-informed staff who make you beliexe that your merest whim is their life’s passion. The pictures will do the talking, but special mention for the prawns tartar, a little like ceviche in an avocado carapace; the duck ravioli, which causes your mouth to milk flavour out (that sounds disgusting, but it’s horribly axcurate); and the quail confit – the mushrooms were preposterously enjoyable. All preceded by cava then accompanied by the one Galician white on the list – one of Spain’s best kept secrets. This restaurant is worth going to Barcelona for. In fact, it’s worth going to Huddersfield for, but they’ve senxibly located it in more salubrious surroundings. Approx €200 for two and I am going back. 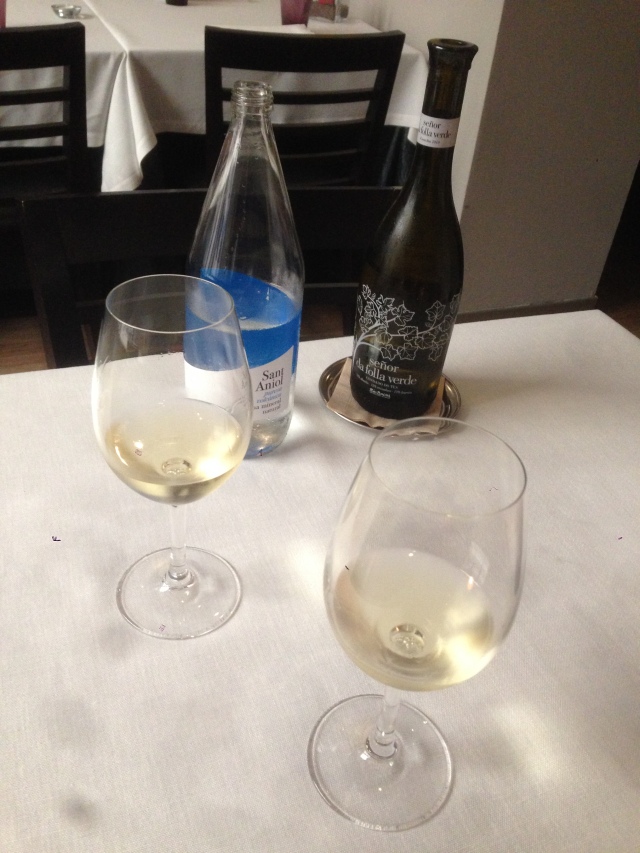 Amuse bouche. Though there are three of them so it should be Amuses Bouches. Like the Three Stooges, but in technicolor. The one on the right is ….. fish; the one in the middle with crunchy pasta and foie gras; the one on the left is iced melon with mint. Ate them in that order, under the strict instruction of the waiter (including how many bites to allocate per amuse) and very amusing they were too.

Prawn tartar: I think the upside down smiley face is a little juvenile.

That’s the Del Monte photography you’ve been missing. Seared tuna. With a blob of ice cream, like a lot of the savoury dishes. What will the continentals think of next? Some kind of sweet and sour sauce? Crazy critters.

Quail Confited: The visualisation of my doula’s description of lady-parts. With a few more mushrooms.

Catch of the day. That’s all I can tell you. 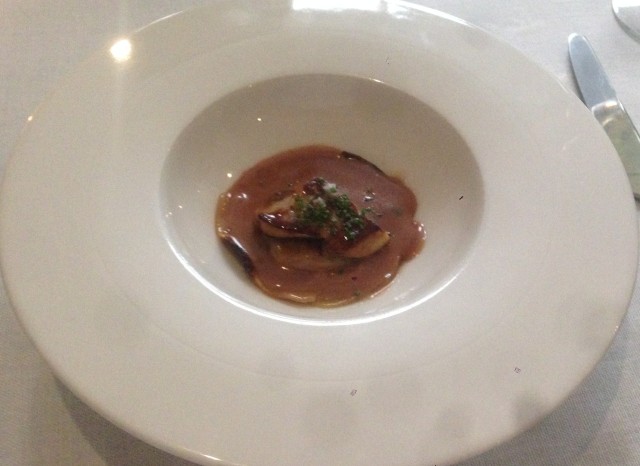 Duck ravioli. But only because I read the menu again. From the photo it could be literally anything.

I know the stuff above the wagyu looks like lentils, but I promise you it wasn’t.

“Citrus Diversity” – also the least read of my treatises on civil rights. Satsumas are citrus fruits too!

A big mistake not to do the wine pairing. That’s half the fun!

I don’t know which were the good wines.