I think I’m Eating Japanese, I Really Think So

Writing a single blog post about the cuisine of Japan is as pointless as sending in pictures for Tony Hart’s “The Gallery.” For years I’ve been sending my efforts in, week after week, but he never puts them up. I’ve just accepted the fact now and so I started trying to just shock him to get some sort of reaction, each painting more graphic and upsetting than the last. But nothing from him or the BBC, though social services have been in touch. I stopped watching ages ago. Pointless. So here goes.

Japan managed to develop a gazillion cuisines in the absence of dairy products which on paper doesn’t look promising, but in fact they’ve excelled. In my 9 days in Tokyo and Kyoto, I managed to cram masses of it in. The aim is always to be forced to buy an extra seat on the flight back home to cope with the cascading folds of blubber, but Japanese food is quite healthy so I never achieve this goal. The highlights for me were:


Special mention to Piss Alley (not my short-lived foray into the adult entertainment industry) in Shinjuku. This nest of hole-in-the-wall restaurants next to Shinjuku fizzes with energy and botulism. Most culinary delights are on offer, and excellent they are too, but it’s the experience of perching in a rickety fire trap while a 100 year-old lady beadily upsells you that is unique. No idea where we ate yakitori, but it was followed by a couple of drinks in Albatross bar (http://www.alba-s.com/) which reminded me of Goupil Le Fol in Brussels.

You can’t do it all in 8 days. I missed out on Ramen and curry rice, but was able to sneak in octopus balls at the airport. They almost didn’t let me through immigration.

The full extent of the yakitori restaurant. Not very big. Though someone from Foxtons would describe it as a roomy fixer-upper. 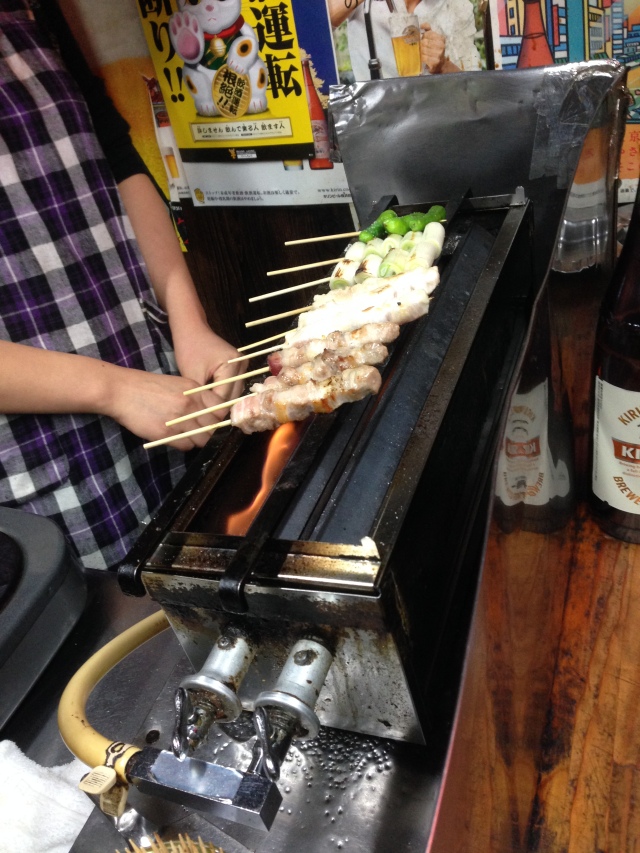 Calbi about to be cooked up nice ‘n’ good.

Beef tongue on the grill. I would go a long way for even just the tip of some tongue.

This was chicken and leek udon soup and scrummy it was too. 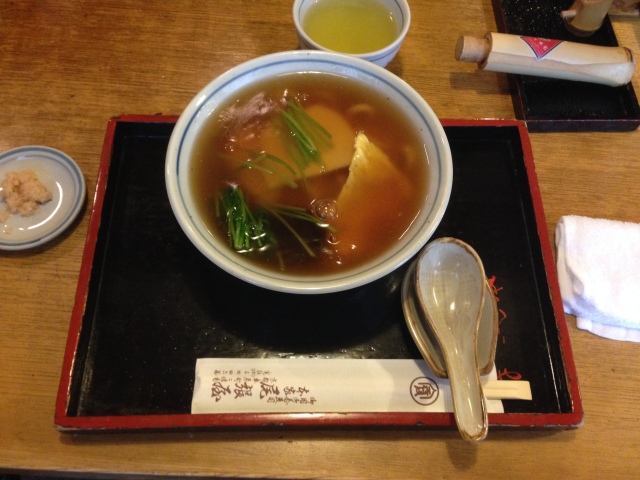 Not entirely sure what it was I ordered. But it was nice. The liquid was in fact a think jelly which kept the noodles at about 100° meaning I scalded my mouth repeatedly. 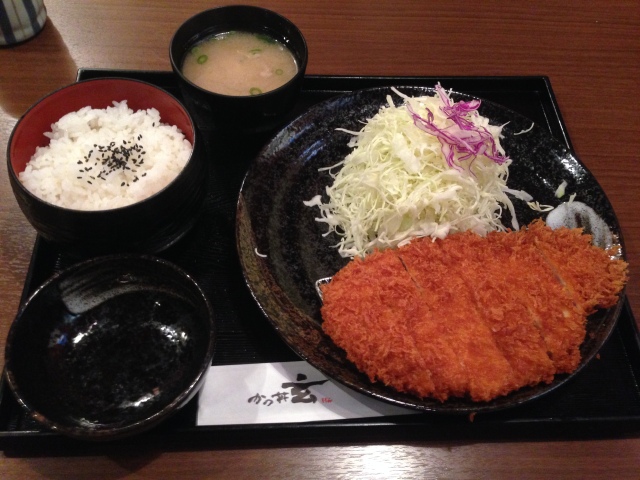 Classic tonkatsu – I’ve yet to apply the nice sweet brown sauce. Is there anything more comforting than tonkatsu? The love of a good woman maybe.

Takoyaki, even first thing in the morning this is jolly enticing.

Bog standard stuff, but that is just better than in London. In my opinion. Made to order and politely hiding their mirth at my not wanting wasabi. My preferred sushi options are salmon roe (ikura), sardine (iwashi) and horse mackerel (aji).

The final product: Hiroshima style Okonomiyki. It groans with a panoply of ingredients and is a taste sensation. Much like myself.

More and more menus are available in English these days which makes things mostly easier. If a menu says “okonomiyaki” instead of お好み焼き but you don’t know what it is in the first place, you’re not really much better off.

Okonomiyaki: Dinner and a show.

The frosted beer flagon: hallmark of the civilised world. That and plumbing.

Pickles / alien organs. Nishiki food market is made up of stall after stall of weird looking food that Japanese people all claim is delicious, but I think they’re all in on some elaborate practical joke.

Mochi, a sweet rice paste-based cake which the Japanese people persist in claiming is tasty and not like eating sugared playdough. Very pretty though.

And that’s why there’s a queue – every seat is always taken. 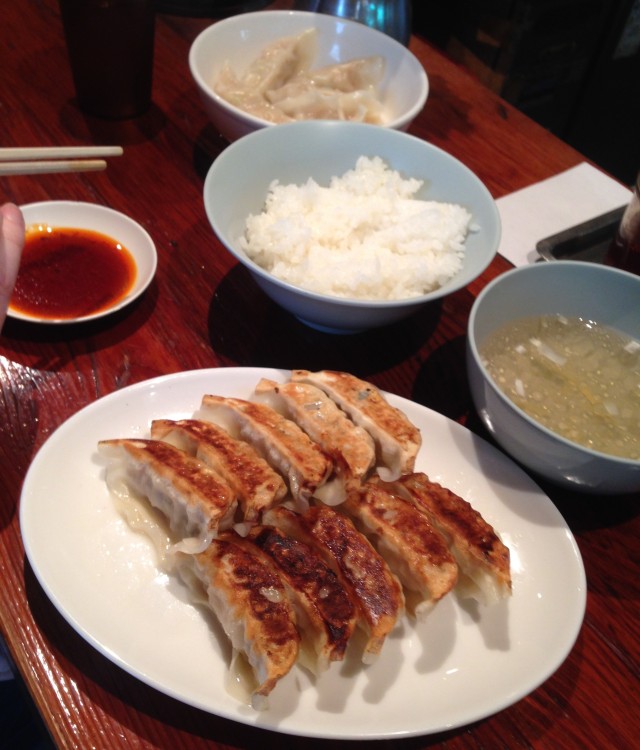 I honestly don’t know how I kept it together long enough to take this photo. In fact, I don’t remember taking it. Surely my prime directive would have overridden any photographic urge. My prime directive? To eat those gyoza.