I’m never one to shy away from political conflicts, principally because I’m religiously uninformed about current events and I’m prone to the frequent blunder. Not only do I mention the war, I go on about it at length and curse the day that Hilter teamed up with Voldemort to concoct their dastardly scheme to, I’m going to say, invade Kuwait? I know what you’re thinking: those bastards.

So it may not come as a total surprise that I very nearly / did put my foot in it with the waitress in Karavas Restaurant (http://www.karavasrestaurant.com/) when trying to confirm that the food was Cypriot and not Greek. It says Cypriot on the outside, but Greek everywhere else. While the question was along the lines of is the food “Greek or Cypriot” I’m pretty sure she thought I meant “Greek Cypriot or Turkish Cypriot”. Which might be your classic faux pas. The conversation came to an abrupt end and, being English, I felt terribly awkward but hopefully my undertipping went some way to redressing the ill will.

The food was great and basically Greek, with only the tall, cool Keo beer laying any genuine claim to being from Cyprus. I’ve never had shefltalia before but can certainly recommend it. If for no other reason that it claims to be not sausage. It’s meat, chopped onions and parsley in sausage skin. So, you know, night and day. Typically there was masses of it all, so I made the international gesture for doggy bag and once Mrs Del Monte smoothed things over with the staff and other customers we were free to go. £31 for two people.

This brings up the big 5-0 (50). It’s been a long slog and I’ve eaten terribly well, but all credit to Mrs Del Monte who’s been with me every step of the way, mediating with invariably affronted waiting staff, marshalling my pre-school grammar and undertaking several heimlich manoeuvres when I get over-excited. That last not-sausage/heimlich manoeuvre, Mrs Del Monte, that was for you. 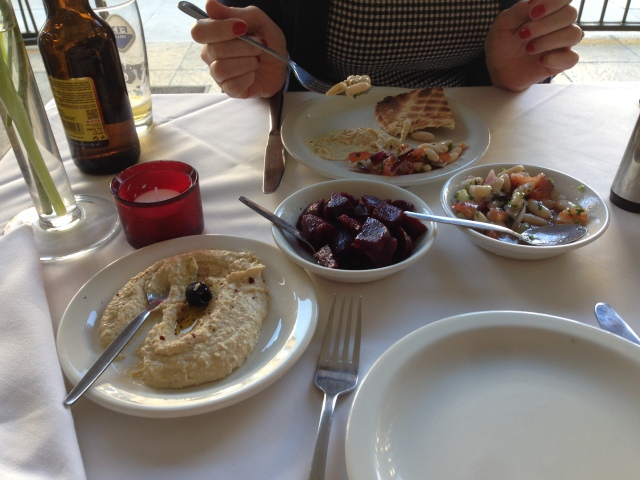 Hummus and some complimentary other stuff, unnamed. 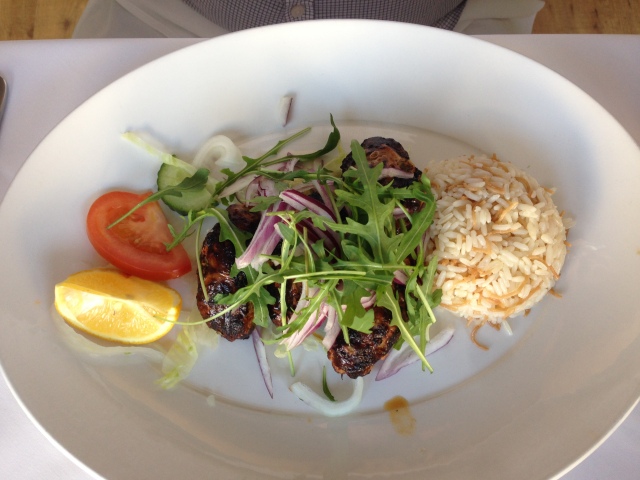 My Sheftalia sausages have gone all Nam. Like Charlie in the bush. Getting stronger. 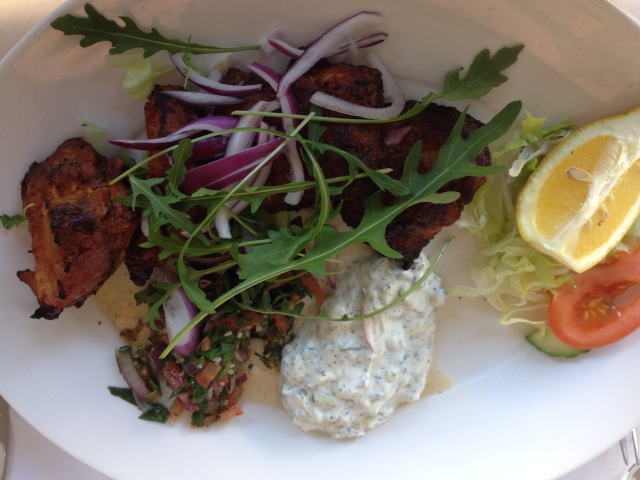 Pork Souvla. For some reason this reminds me of the presentation of food in Business Class. I’ve never flown business class, But I spend a lot of time surfing for pictures of food from business class. It’s a hobby. Don’t judge me. 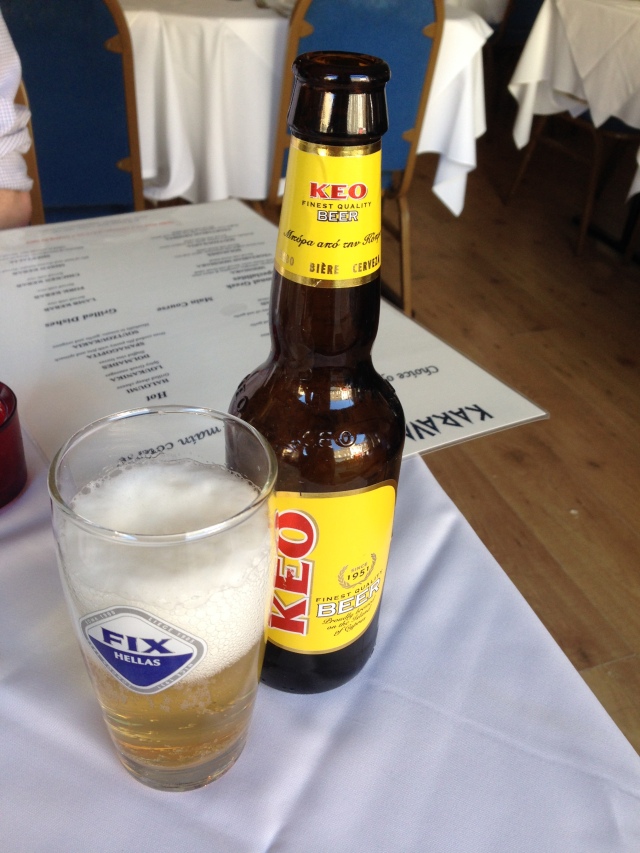 But it said Cypriot on the outside. 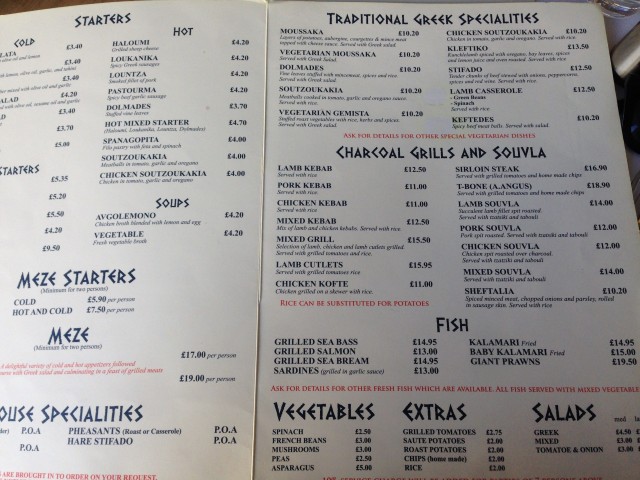 Spot the difference between this “Cypriot” menu and any other Greek restaurant menu. Here’s a clue: you can’t.

I’m pretty sure those chairs have been taken from the Best Western Chiswick conference room 3. 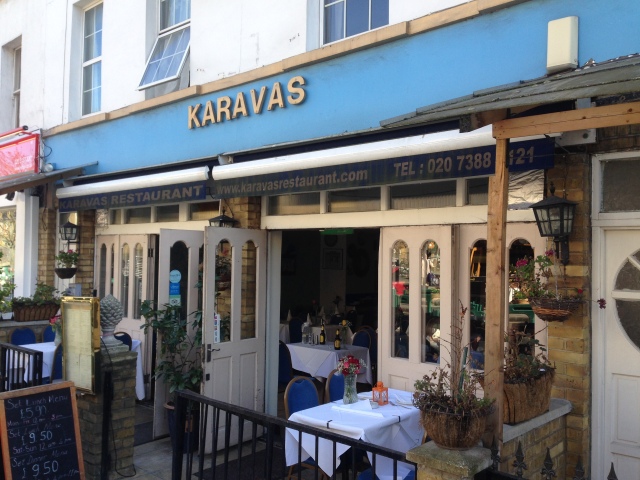 Nearly all greek restaurants look like they could use a lick of paint.

Phew. Up till now there was zero evidence that this was a Cypriot Restaurant. But it is. See. It says it right there. On this screen grab from street view because I forgot to take a picture while I was there. Thank you Google.