Azou (http://www.azou.co.uk/) is nestled in amongst a bunch of other places on King Street which is kind of in the middle of the no-man’s land between Ravenscourt Park and Stamford Brook. The hood I call it. For my non-London based readers, unfamiliar with these locations, read Trainspotting by Irvine Welsh but change the accents to Thames Valley. That’ll give you an idea.

Azou offers North African cuisine, but I shall count this as Moroccan as that is mainly what it is. Knockers, Stan and myself kicked off with tall, cool Casablanca beers while we reviewed the concise menu. There are some Middle-Eastern standards (hummus – you again) all of which were delicious, especially the Chakchouka. Oh yeah. Chef himself presented the starters and he was on good form. He’s appeared on Gordon Ramsey. Well, he’s appeared on one of Gordon’s 46 TV shows. Ramsey describes him as being a genius with an “amazing palate.” The food didn’t lie. Stan’s merguez coucous was sumptuous and the coucous was cooked to perfection, light and fluffy and not coagulating. Knocker’s seabass was cooked to perfection. And the shank in my tagine fell apart when I looked at it so tender it was. The shank in my tagine. I have a new nickname for Mrs Del Monte. She’ll love that.

Another terrific surpise was the Moroccan wine. We tried the Medaillon (described as “charming velvety” and “round silky,” much like myself) proudly described by the waiter as a Cabernet Sauvignon / Merlot / Syrah blend and it was actually quite special. The Shank in my Tagine has been to Morocco and says that there’s no booze to be had there. Odd.

£120 for 3 people (including 12.5% service charge for what was attentive and charming service) which I think is possibly a little pricey for what we had, but I would definitely go back. 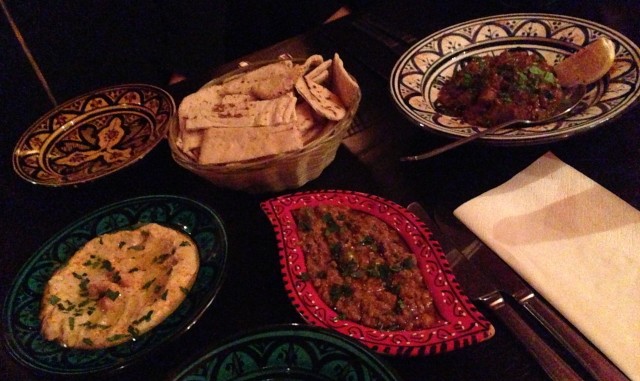 A pair of Casablanca beers muscle into my photograph. 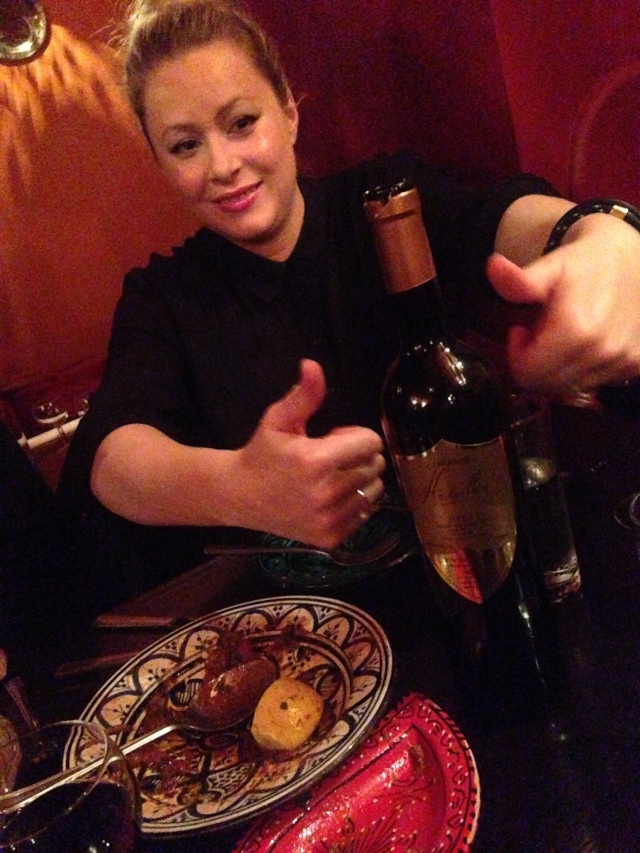 Knockers thinks she sees a penis and tries to measure it. It’s what she does.

Having gorged like a chubby kid at the pick ‘n’ mix, Charlie pleads with the waiter not to bring any more food. The ceiling billows atmospherically. 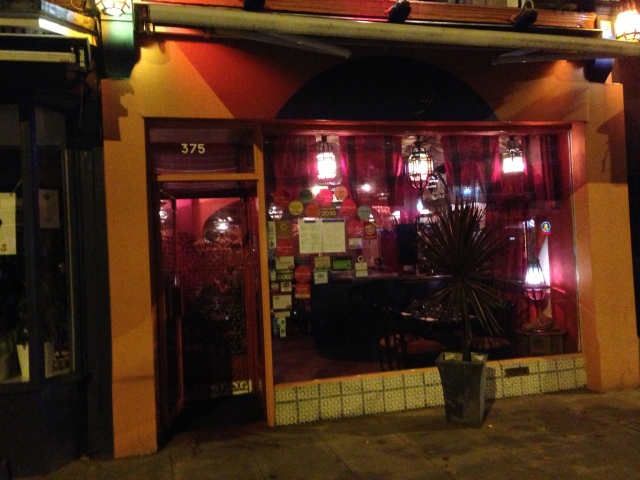 Outside of Azou. You can sense the intimate atmos from without. 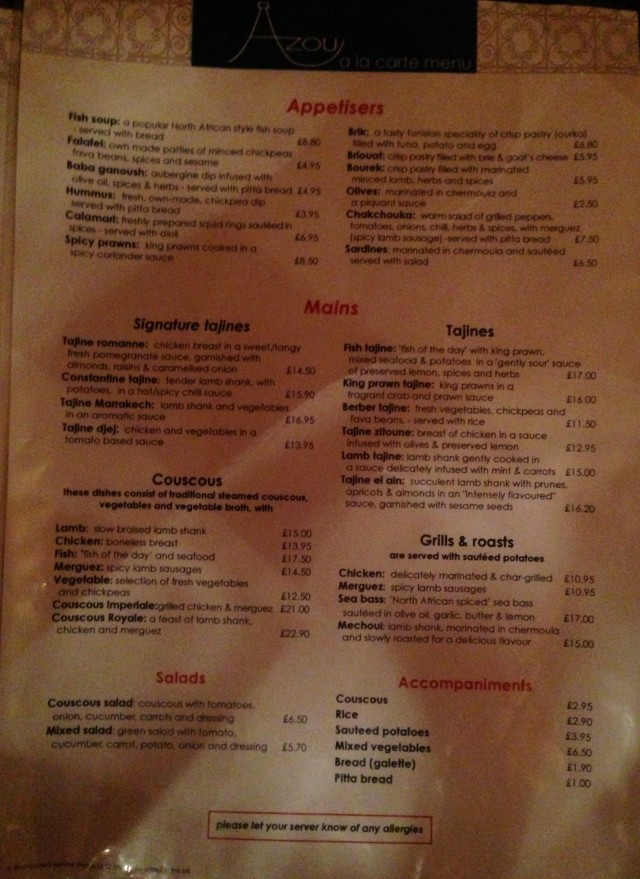 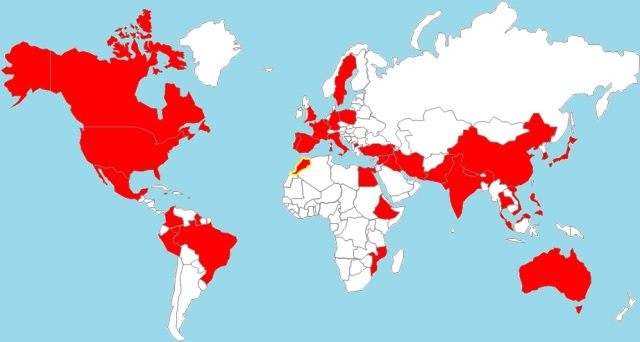