My friends are the tops, more of that later. Every now and again, however, I favour my wife and permit us to spend a limited amount of time in the company of her chums. It keeps her content and that’s what I’m all about. But you my dear, handsome, well-endowed, insightful, oh my have you lost weight, is that a new top, generous, wise readers are always at the forefront of my brain. So we persuaded the masses to visit a Swedish restaurant to host our meet-up and help me on my mission. There were about 1649 of us squeezed into the Stockholm Deli (http://www.stockholmdeli.co.uk/), but we were amply fed and well hosted.

I sucked on a tall, cool Mariestads as we perused the menu and were excited to see that it is Crayfish Season. I thought it was like Shark Week on the Discovery Channel, but in fact I wasn’t to see any graphic footage of hundreds of crayfish pinching a child. I did witness each of us inexpertly smash our way through the crayfish, like angry ogres, ritualistically squirting crayfish juice over one another. It was quite unseemly but very arousing. The crayfish were preceded by Skåne “nubbe” Aquavit and tasty amuse-bouches. The main courses were meatballs (presumably horse-free unlike Ikea meatballs) and pork-belly. Delightfully prepared and presented. All in all a terrific supper. Just a pain in the sack to get there (apparently Mortlake is an actual place and not a character from Harry Potter) and it cost a pretty penny – £232 for 6. Fun Fact: Pretty Penny was my rank in the Boyguides, me and the gang’s response to not being allowed to enter the Girl Guides before the Scouts were integrated. The gang: Me, the cool one, Herschel, the clever one, Japinder, the bookish one, Nguyễn, the smart one, and Julian, the fey, allergic one. We lost touch, but the rank of Pretty Penny has stuck to this day.

The service was terrific and attentive, and I even managed to have a brief word with Head Chef Göran Landh who seemed pleased that we were there and who clearly had worked especially hard to perfect the exquisite presentation. If only he could attract a better class of clientele. I met the chef from Fika (http://www.fikalondon.com/) at a party once, the only other Swedish Restaurant I know of in London. She seemed nice.

Our booze poses for the album cover. 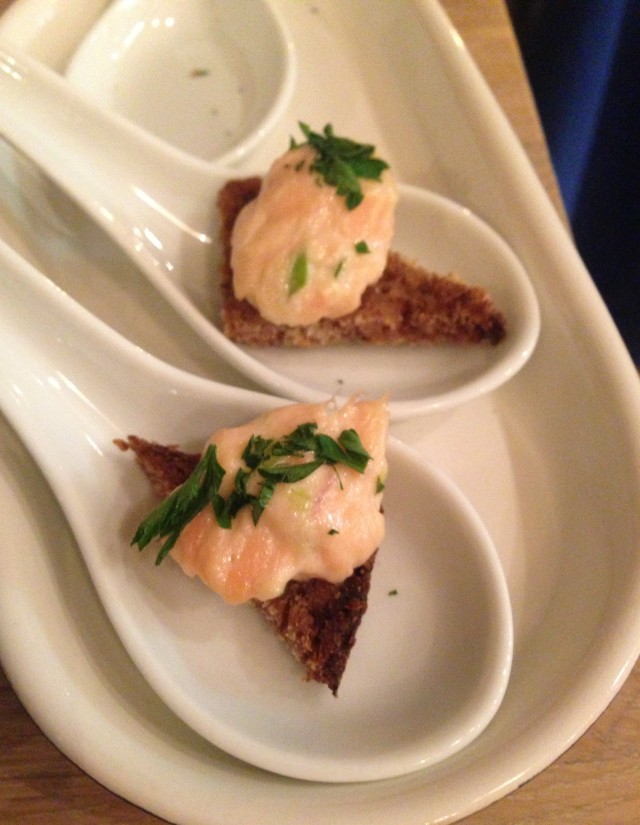 Crayfish. I had no idea how much work the good people at Pret A Manger had to do in order to fill my sandwiches. 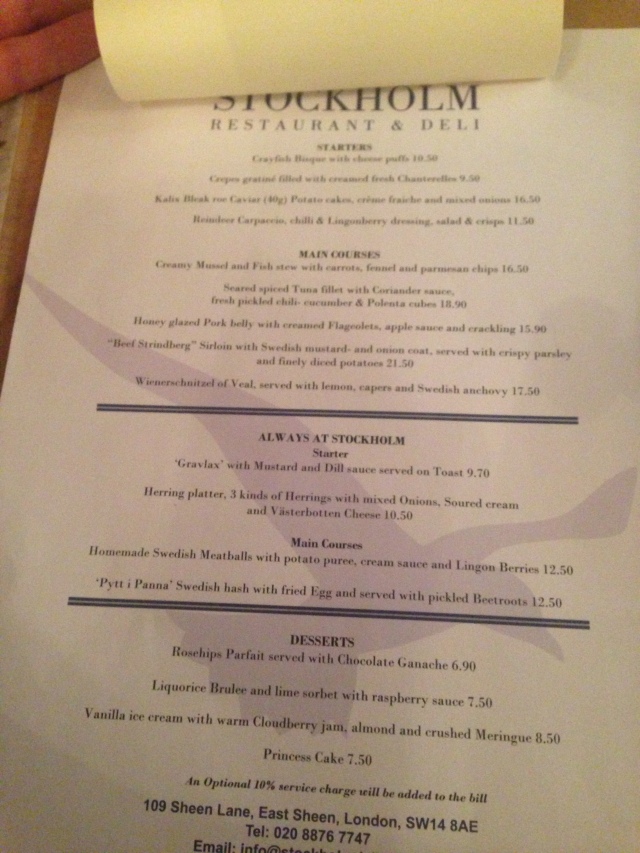 The menu, but most people selected from the seasonal Crayfish menu.

OK, the door on the left does look like the entrance to a knocking shop, but I assure you it was very classy.