Me and Mrs Del Monte undertook a pilgrimage to the home of Desmond’s and to meet up with my chum Span, B-Money and Lil Mo. Peckham Bazaar (http://peckhambazaar.tumblr.com/) is running for a few weekends over the summer at Frog on the Green (more dates), serving Balkan-inspired grilled stuff. Though it can’t be categorised easily as any one country’s cuisine, there’s clear Turkish, Greek and Persian influences, as explained by PB’s frontman Donald, all prepared by an Albanian chef with unerring competence.

The important thing is that these boys know how to prepare MEAT. BBQed meat is bitching and the Souvlaki Pork Kebabs and Za’atar Grilled Lamb Chops were well seasoned, tender, but crispy on the outside. All you could want from BBQ. These were both served with tangy tsatsiki and imam bayaldi spread respectively, on sour dough bread. At last Imam Bayaldi is getting the respect he deserves. What these guys want is a restaurant, but they should be careful to retain the laid-back informal atmos that popping-up and their friendly service has afforded them. I suggest looped reruns of Desmond’s on a jumbotron. Just like at my bris!

For a digestif pint, we meandered over to Frank’s (http://frankscafe.org.uk/), atop a multistorey car park affording majestic views of Peckham and beyond. If a pirate ship were to be partially reassembled with a bar on the top deck you kind of get it. Family friendly, but with an air of hipness, Franks has to be an awesome night out. Its out-sized upper deck has giant pieces of art strewn haphazardly about, and the many nooks create pockets of secret fun without feeling at all rapey. You could probably arrange some top class dogging on level 4 before ascending for post-dogging refreshments. It’s just a thought.

The pork kebab. I could go for another one of those bad boys right now.

Ever been tempted to order the whole menu? 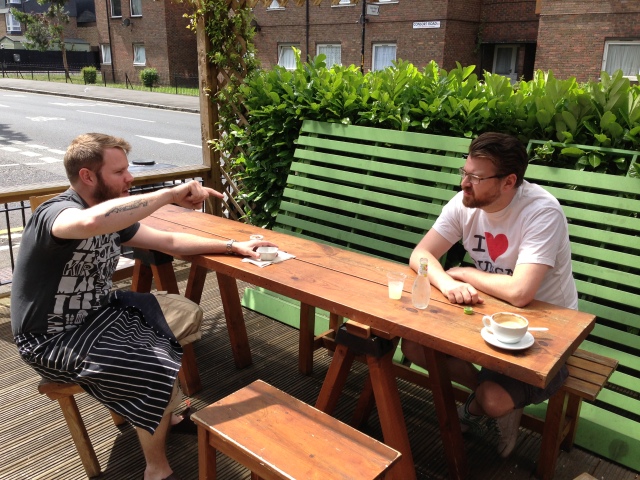 Donald on the left explains the philosophy of Peckham Bazaar to the guy wearing the I ❤ Bunga Bunga t-shirt. Much like explaining cricket to a Frenchman. 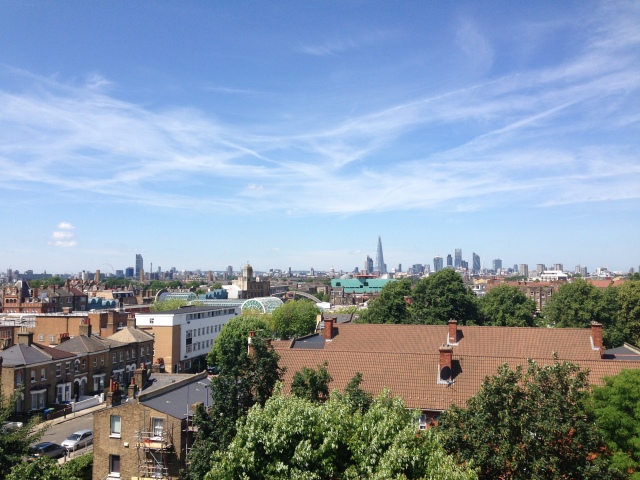