I don’t know what Australian cuisine is. Anyone? I’ve eaten terribly well on the occasions I’ve been lucky enough to go there, but I doubt I ate something that was uniquely Australian other than Kangaroo. Which is what I ordered at Walkabout (http://walkabout.eu.com/). The last time I was in Walkabout was 6/7 years ago and I remember it being ankle deep in spilt beer, sweat and a kaleidoscope of other bodily fluids, mostly human. I had a great time. I had thought about going to Jumbucks (http://www.jumbucks.com/) nearby but bafflingly they don’t have any kangaroo pies, nor koala, so I thought what’s the point?

You’ll be unsurprised to learn that it’s uninspiring fare. The kangaroo steak was quite bland which is crazy considering they jump and have pouches, but you can’t really blame the Aussies for that. However, the heat lamp had failed to keep it piping hot during its lengthy stay on the serving shelf and it came without salt so that didn’t help. The chips were good, the salad pointless. But it was accompanied by a tall, cool VB which made it all better. £11.25 and worth nearly every penny.

I don’t think you’d get away with that in Australia … maybe Brisbane. But apparently we Brits have a high tolerance for bland dishes ineptly served. I’m not singling out Walkabout – there’s plenty of guilt to go around (much like the catholic church – zing!). But unless brave, upstanding, square-jawed, big-bearded, long-fingered, thick-necked, hairy-knuckled people like myself don’t stand up then this will never change. As it happened, I slinked out and tipped generously. But I then I wrote this blog so, you know, job done. 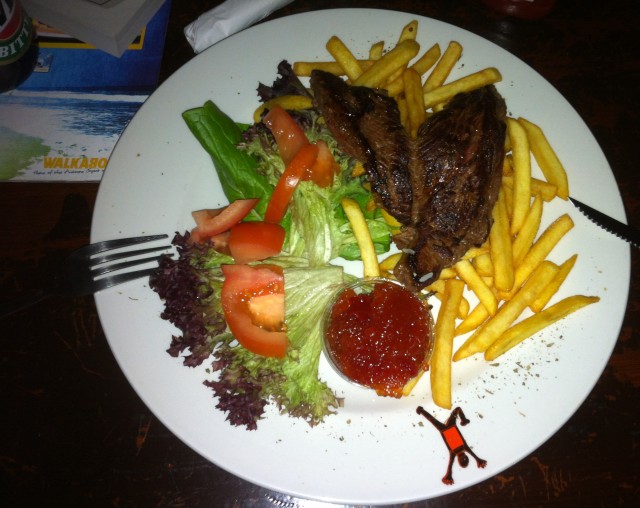 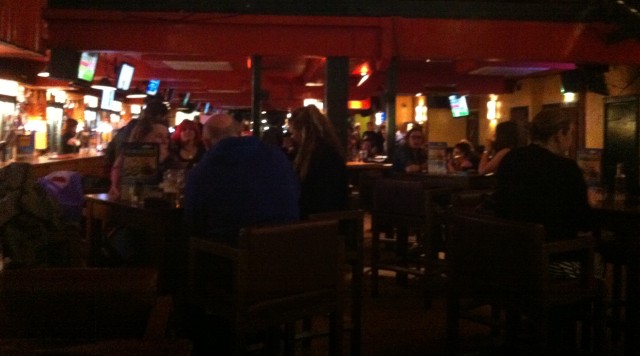 Inside a walkabout. A sacred place. 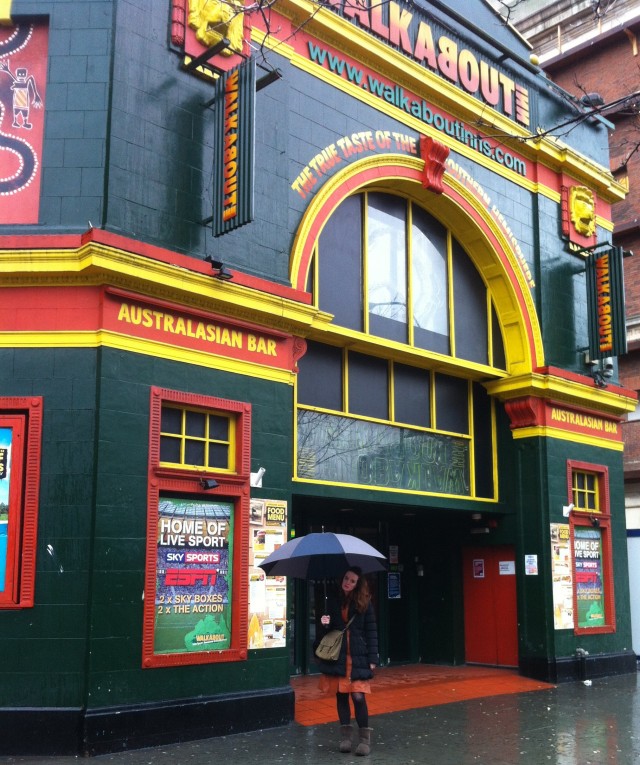 The B in Walkabout is backwards so I thought this was a Russian place for the longest time. 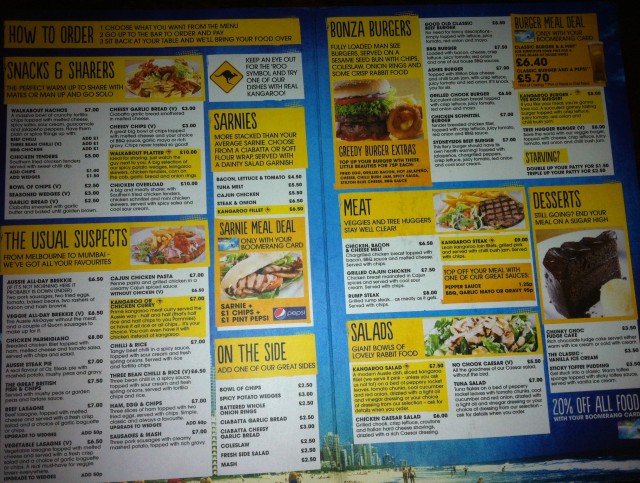 The How to Order section is especially instructive. I would have been lost without it.