Who invented dry January? They’re a bastard for sure. It makes an already patchy month even more intolerable. Among the litany of complaints I have about not being able to drink is going to restaurants is less fun. I like the dangerous thrill of choosing a wine by its indecipherable name rather than how pretty the label is. But that is denied me for now.

Still, now it’s super freezing hearty Polish fare is the order of the day. I’ve been to Malina Restaurant (http://malinarestaurant.com/) before. All I really know about Polish food is Pierogi which I only discovered a couple of years ago. Pierogi are so ridiculously satisfying. I’ve had the Golbaki here as well, cabbage leaves stuffed with meat and rice in a tomato broth. Proper comfort food.

I advanced on Pierogi by trying the Bigos or Hunter Stew. People know me as a hunter. I’m often seen striding manfully across the landscape and curling my gnarled lumberjack’s fingers around a crayfish and rocket sandwich in Pret. The stew is meaty and sauerkrauty. Much like myself.

£30 for 2 people without booze. Appetiser and digestives provided free of charge and are great. OK, so I did sip the raspberry vodka. But it was FREE!

I’d also recommend Gessler at Daquise in South Ken (http://www.gessleratdaquise.co.uk/) which is posher and Patio Restaurant in Shepherd’s Bush (http://www.patiolondon.com/) which has a weird name and the decor of my grandmother’s living room. The only place I’ve had Pierogi in Poland is Gospoda Kwiaty Polskie (http://www.gospodakwiatypolskie.pl/) which I assume translates to Patio Restaurant. 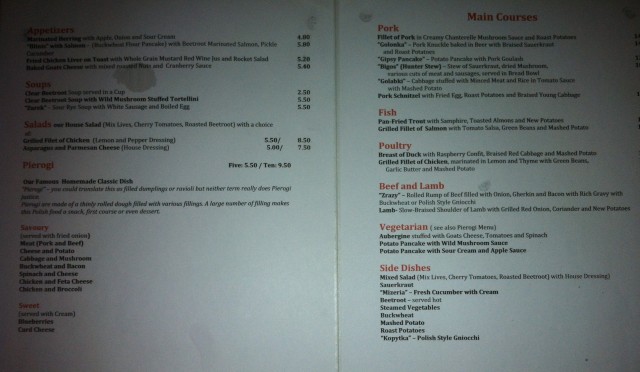 Main menu. That stain is not evidence of over-excitement on my part.

Dessert Menu – note “sweet” Pierogi. Not on my watch. 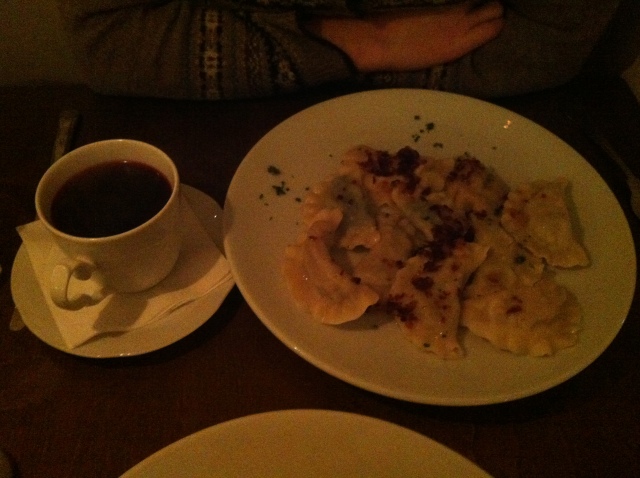 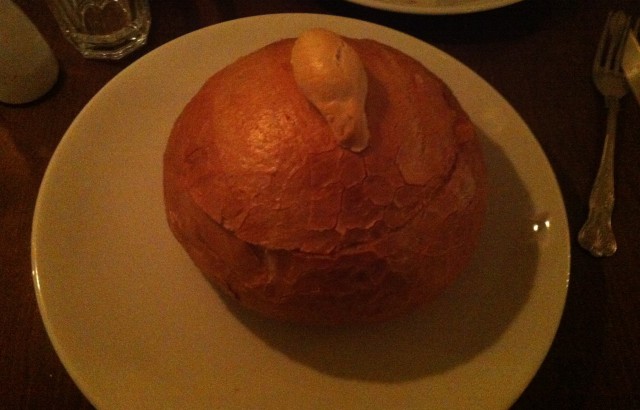 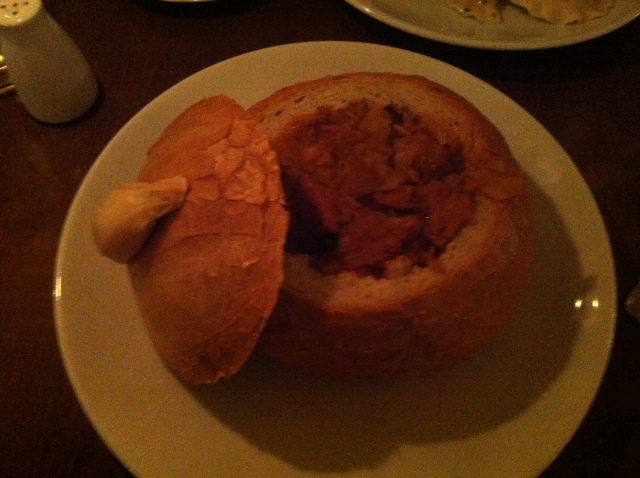 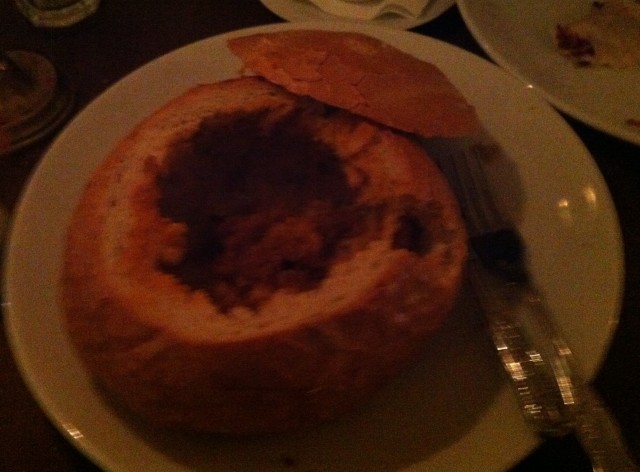 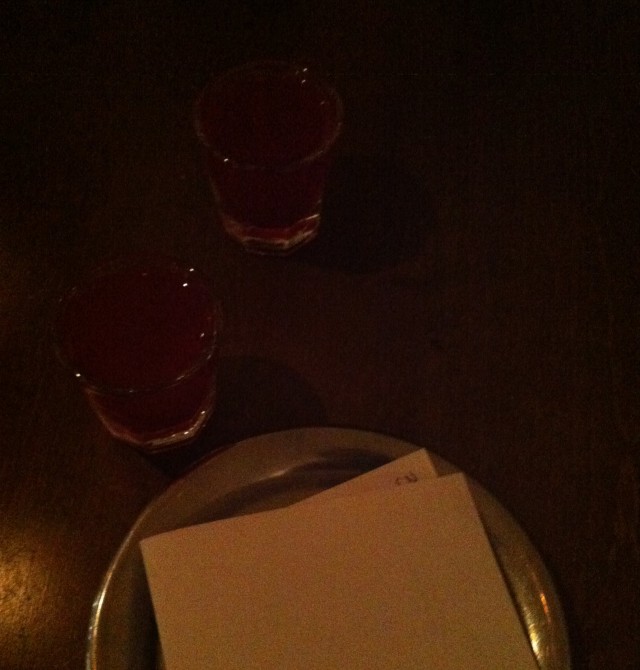 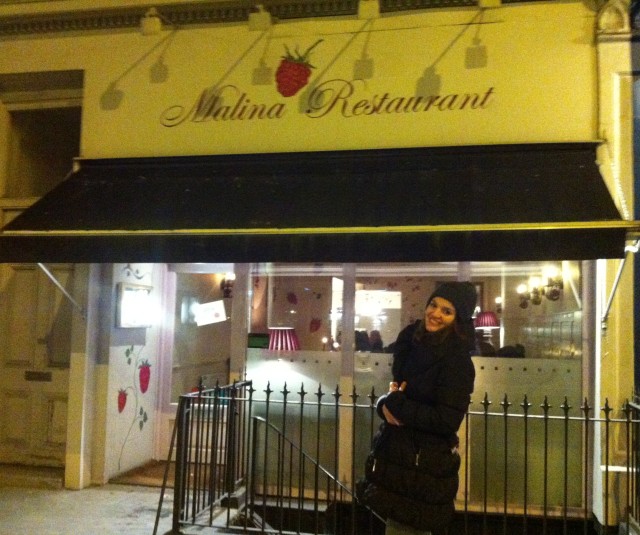 Outside Malina with my lovely assistant